Sci Fi and Predictions of the Future 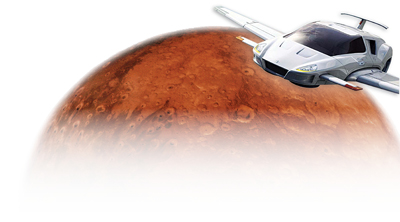 Ever wonder how accurate science fiction’s predictions are? While we don’t have flying cars or personal robots just yet, it’s worth a look at sci-fi movies from decades past to see what kind of world they imagined we’d be living in today.

Science fiction movies came of age in the 1950s. Inspired by events of the time, space travel was a common theme, and movies like Flight to Mars (1951) and Forbidden Planet (1956) featuring Robby the Robot may well have launched thousands of kids into careers in science and technology. We haven’t quite made it to Mars yet, but putting satellites and space stations into orbit has become almost routine.

Many Sci Fi movies of the 1960’s looked at how technology might transform our daily lives, for better or worse. The most famous movie from that period, 2001: A Space Odyssey (1968) warned us against too much reliance on our machines, but also may have inspired the creation of the iPad.

In the 1970’s, concerns about ecology and the environment became a recurring sci-fi theme, Soylent Green, (1973) actually predicted the Greenhouse effect! These movies warned us of the possible outcome of continued pollution and overcrowding, but how accurate they turn out to be remains to be seen.

So, what did sci-fi from long ago get right, and what did it get wrong? Well, most of the predictions about space travel turned out to be overly optimistic, but even if we don’t have personal jetpacks and daily shuttle flights to the Moon, sci-fi was spot-on about how technology would play an ever-bigger role  in our daily lives. Cell phones, Bluetooth headsets, personal computers, and the Internet were all suggested in some way by sci fi movies – and in some cases might have even inspired their development.

Some more movies featuring a vision of the future:

Equilibrium (2002)
In this future, everyone is required to consume pills that suppress all emotion.  Christian Bale’s job is to exterminate anyone not following the rules, until he finds out what he’s been missing.

Minority Report (2002)
Thanks to Steven Spielberg, we get to see what those personal jetpacks might look like when we finally get
them in 2054.

The Fifth Element (1997)
This Bruce Willis movie provides an eye-popping depiction of what a city full of flying cars might actually look like.

A.I. Artificial Intelligence (2001)
Another vision of the future from Steven Spielberg, featuring life-like robots and a submerged Manhatten.