The Birth of the Emoji 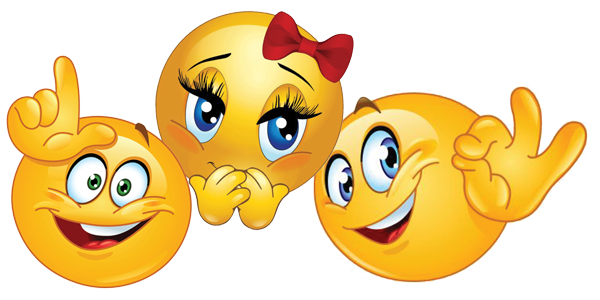 Emoji are more than a millennial messaging fad, they are more like a primitive language. The characters represent the first language born of the digital world, designed to add emotion to flat text. Emoji first appeared on Japanese mobile phones in the late ’90s, and have become a standard way people communicate.

In 2015, (Face With Tears of Joy) became Oxford Dictionaries’ “Word” of the Year.

If emoji are a language for everyone in the digital world, then the emojis need to constantly evolve across cultures, screens and time. Today, there are thousands of emoji depicting diversity of people, and thousands more representing things we interact with.

Before emojis, there were emoticons, facial expressions made with punctuation marks :-). The first emoticons appeared in an issue of Puck magazine in 1881. The magazine published four faces conveying joy, melancholy, indifference, and astonishment—they called them typographical art.

The first emoji were created in 1999 by Japanese artist Shigetaka Kurita. Kurita wanted to design an attractive interface to convey information in a simple, succinct way, such as an icon to show the weather forecast 🌥, rather than spelling out “cloudy.” Kurita’s original 176 emoji is now part of the permanent collection at New York’s Museum of Modern Art. There were characters to show the weather (sun, clouds, umbrella, snowman), traffic (car, tram, airplane, ship), technology (landline, cell phone, TV), and all the phases of the moon.

As mobile computing continued to explode during the mid-2000s, companies like Apple saw an opportunity to incorporate emojis on other platforms. In 2007, a software team at Google petitioned to get emoji recognized by Unicode, a nonprofit group that maintains text standards across computers.

Unicode accepted that proposal in 2010 – it was the beginning of emoji as a legitimate form of communication.

1999: Emojis are born! The original set includes icons for the weather, traffic, technology, and time.

2015: Emoji get a diversity update with five new skin tones and a set of same-sex couples.

2016: Updates give rise to the single dad, pride flag, and weightlifting woman emoji.

As emojis became more popular, they also became more plentiful. The Unicode Group added new emoji to its approved list each year. Unicode requires a lengthy submission and approval process for every new batch, and it can take up to two years for an emoji to travel from first draft to your phone.

There are now over 1,800 emojis — no longer do we need to tilt our heads sideways to read them.