Tales of the Streets

Times to Rock and Roll 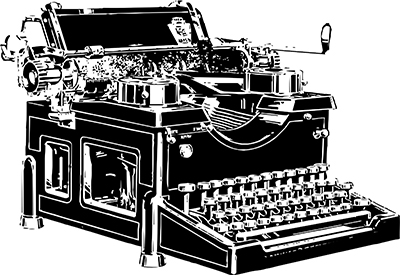 That’s my son Kyle, bright, headstrong, his own north star. A pleasure to watch him grow, though he’s at an awkward stage. Just turned thirteen and he’s developing a rebellious edge. Yet, his grades at Glen Ames remain high, and there’s no conflicting news from his teachers. I wonder what’s driving the wedge, compelling him to eschew our company?

The bitter winter is finally over. The streets are clear. Weekends, Kyle is “stoked” (his word), out on his skateboard dawn past dusk. Packs his iPhone, a lunch, and he rolls out our gate on Beech. He returns to scarf down dinner, packs a few granola bars, adjusts his ear-buds, and skates off again. Most days, Kyle makes it home by nightfall, shouts “Hi Mom”, and locks himself in his room under the eaves. Noise means he’s streaming sports on his laptop; silence hopefully means he’s not misbehaving on social media.

Today is Easter. At breakfast Kyle announces that he won’t be joining us for the Lions Club Parade. This is a first. It troubles me. Not the fact that he’s growing independent, but the confrontational tone.

He thumbs some text as he speaks, “Gotta meet someone at the skate park.”

“The local one, Ashbridges?”

“Maybe.” And, slam! He’s out the screen-door. I sure hope he follows the Martin Goodman Trail and crosses through the tunnel under Lakeshore. Friends have seen him skating and texting, weaving his way around pedestrians and blindly over crosswalks on Queen.

Eleven-year-old Megan is still keen. We meet our close friends the Matsudas, Haruki and Dolores. Their daughter Ko is twelve. She goes to St. Denis, near their home on Glen Manor. The girls hit it off, and they’re still enthusiastic for the floats, the music, and especially mango tango ice cream at Ed’s. They share secrets, giggle, and show each other images on their phones.

Just as the Easter Bunny arrives, tossing goodies to the kids, Ko’s phone pings. She turns away and reads:

Ko seems to have come back to earth. She and Megan are laughing again. So I ask, “Ever see such a skinny bunny, girls?”

They’re familiar with the YouTube videos and Hollywood jokes. Megan pulls a face like she’s inhaling a pipe of crack. Where she learned that, I’ll never guess. Ko giggles along. ”I think Mishter Bunny’sh in a drunken shtupor.” But her phone pings again, and she’s distracted.”

Such a refined girl, Ko, a stunning parental blend. And the girls seem close. Good thing Kyle’s not here; he’d probably get in their way.