Everyone has a memory of their favourite book growing up. As a child, it may have been a story that someone read to you, like Robert Munsch’s “Love You Forever”, or one of the stories about Thomas the Train.

As a young reader, there also are many classics, old and new. What book do you remember reading under the covers at night? What book made you interested in reading for the rest of your life? What books have you bought for your own children, nieces or nephews that you hope they’ll read and enjoy?

Here is a list of 15 favourite books (8-12 year olds) published as long ago as 1865 and as recent as 2011. The names are drawn from various sources: Today’s Parent, a 2011 survey from Toronto Public Library, and Publishers Weekly. 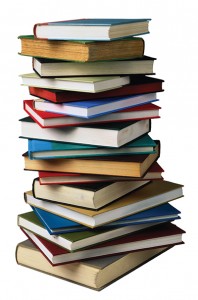 Kids looking for a book to read or parents looking to suggest a book for their child should check out Kidspace, from the Toronto Public Library at kidsspace.torontopubliclibrary.ca