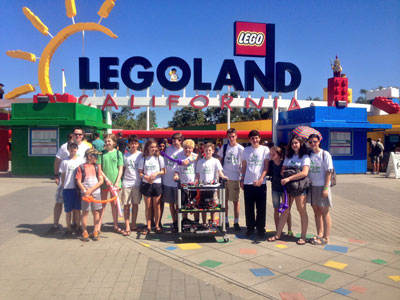 Students at Glen Ames Public School in the Beaches recently won second place in the product category for Innovation Solution at the Legoland North American Open Competition in California, competing against 80 teams from around the world. The team of grade 7 and 8 students designed, built and programmed a robot using LEGO MINDSTORMS that automatically feeds the right proportion of food to pets.

Lego Mindstorms are kits that contain software and hardware to create customizable, programmable robots. They include an intelligent brick computer that controls the system, a set of modular sensors and motors, and Lego parts to create the mechanical systems. 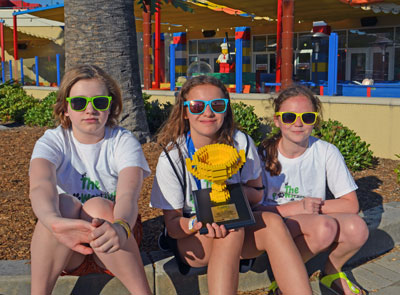 The students, who call themselves the ‘Pawsitive Proportionists’, are part of the First Lego League, an international competition for elementary and middle school students organization that encourages young people to research and then find a solution to a real-world problem. The problem could be something such as food safety, recycling, energy, etc. The 2017 theme was “Pet Allies” and specified that teams had to solve a problem in which humans and animals interact. After researching the issue, the students found out that obesity is the number one factor in pet longevity. The students then came up with the idea of a robot to help manage a pet’s weight.

There were some tense moments at the final competition. The Petportion fully crated weighed approximately 350 lbs and took about 10 staff at Legoland to assist. In the middle of the round, the team accidentally powered down the robot, and at one point, the wheels literally fell off the Petportion after it was wheeled a couple of kilometres to the competition area. 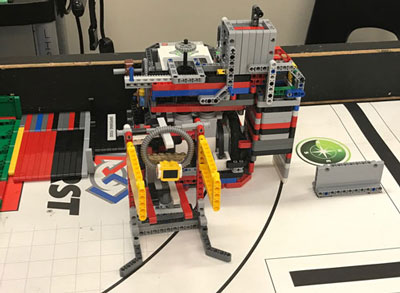 The robot’s name is “The Willow Wagon”, named after one of the coaches’ mini dachshund Willow. She has been the test subject for Petportion and loves the invention!

The best way to understand how it works is to see it as a kind of automatic dog feeder, but with a brain. Petportion weighs the pet and provides an accurate portion of food at feeding time. Petportion includes an infrared sensor that recognizes a beacon device on a dog’s collar to open a door that allows the pet in. This ingenious feature assures that other animals cannot get into the device to eat the food. The Petportion also has a LED light system that gives the owner feedback on whether the dog is underweight, overweight or the ideal weight.

The team placed second at qualifiers in December, and then second again in January at provincials. This made them a top 4 team in Canada, allowing them to continue to the FIRST LEGO League’s LEGOLAND North American Open.

The Glen Ames team was made up of 10 grade 7 and 8 students, three trainee students, and three teacher-coaches: Luke Martin, Olivia Terenzio and Barb Buckley. This team had many high school mentors including Terenzio from Martin’s 2011 team. 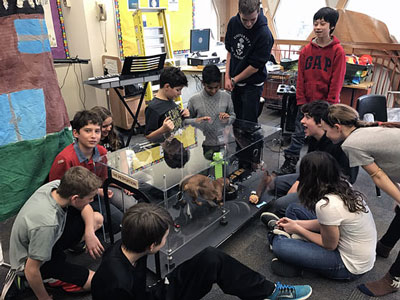 The competition, which took place in California May 19-21, included hosted teams from 80 countries, with more than 5,000 students taking part with the help of 1,000 mentors and 800 volunteers.

The Toronto Beach-area school is no stranger to success. Since the school first fielded a team in 2006, it has qualified for a remarkable seven provincial competitions. The May triumph, however, was the schools third international event, and first significant award.

“The whole school is so proud of this accomplishment,” said Principal Kristina Wessenger-Macdonald. “To represent the Beach community, the city of Toronto, and our country on the international stage is an enormous honour. And the opportunity to bring back knowledge and valuable experiences will benefit many other students.”