August 2019 – A new cove that will be home to fish, birds and other animals. 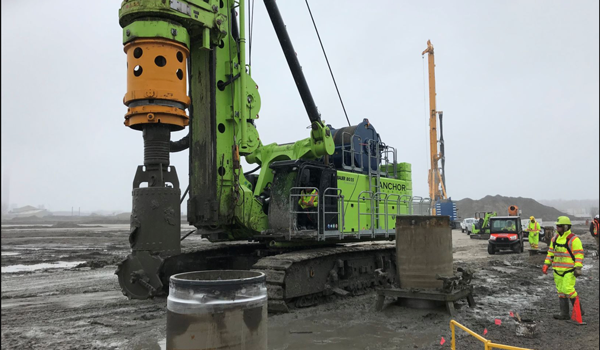 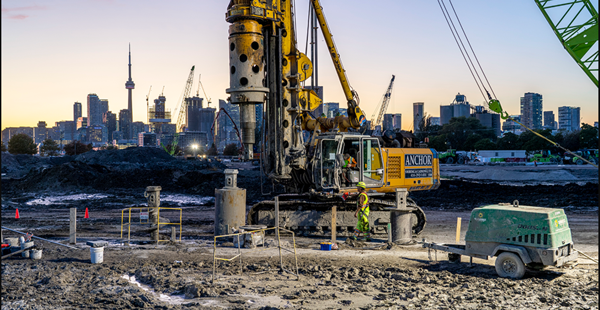 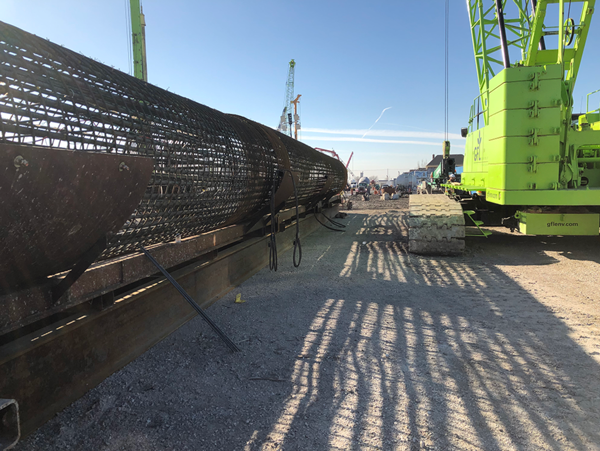 January 2020 – This steel reinforcing cage will be placed a test caisson for the Cherry Street north bridge abutments.

The Port Lands Flood Protection and Enabling Infrastructure (PLFPEI) is an intensive project which will create a naturalized river valley a new island for residential, commercial and new greenspace including a wetland. PLFPEI is the largest urban revitalization site in Canada and one of the largest waterfront projects in the world. The project kick started in the 2017 when Prime Minister Justin Trudeau, former Ontario Premier Kathleen Wynne, and Toronto Mayor John Tory took to Toronto’s waterfront and announced $1.25 billion in funding. Though the project received funding in 2017, Waterfront Toronto and partners have worked for more than a decade to bring development to the Port Lands. There are many components to the project and an area of approximately 249 hectares to transform. The new island will be called Villiers Island and will be ready by 2024.

A lot has been accomplished since 2017. Starting with breaking ground on the new Waterfront Innovation Centre. Crews have also installed the cut-off walls for the first section of the new river valley.  Another not so well known update is taking place in the water. As marine landscapers have also resettled plant species underwater in the newly created habitat coves.  This winter construction started on replacing the north and south cherry bridges with new bridges that overlay lie on the north end of the new island (the Keating Channel) and the south part of the island which will over lay the new naturalized Don River channel.

Currently there is excavation taking place for the new naturalized mouth of the Don River. Crews are using heavy machinery including drills and excavators to carve through the Port Lands. Another component of the project is the lake filling, which has already doubled the size of Essroc Quay.

For more and up to date information, and following the progress visit  Waterfront Toronto