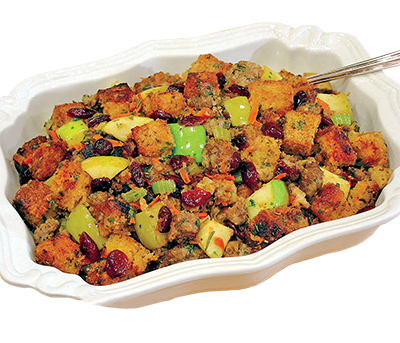 When asked what is your favourite part of holiday dinners, most people say the stuffing! The flavour, the texture, the crunch are all things we crave. Unfortunately, stuffing is fattening because of the butter, bread and meat. Here are some ways of keeping your family’s secret stuffing recipe while updating with healthier ingredients.