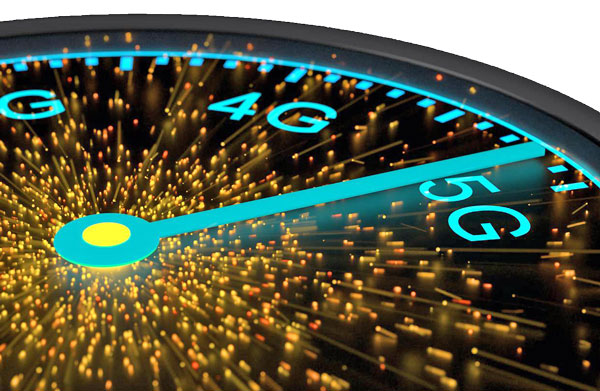 In the last edition of Beaches|life, we featured Home Automation as part of our three part series: Staying Ahead with Tech. In this final part, we are looking at the future of mobile technology – 5G.

The simplest way to explain it, 5G is the fifth generation of wireless technology. It has faster data rates and lower latency (the amount of time it takes for a packet of data to get from one designated point to another). But it is so much more than that.

5G was designed from the beginning not just to build on the past wireless generations, but to provide a flexible canvas for ground-breaking applications not even invented yet.

The technology is expected to fall into three categories:

How much faster will it be?

In ideal conditions, 5G networks are expected to reach up to 20Gbps download speeds (approximately 20 times faster than LTE). It will also lower the latency time to about a millisecond.

But don’t expect these lightning fast speeds from day one. When carriers first launch 5G networks, peak speeds will be around 6Gbps, and latency will be in the single digits.

When will Canada Enter the 5G Market?

As with all new technologies, we all want it now. That’s where this story doesn’t have a happy ending. Although some countries will be launching 5G this year, the current schedule for Canada has been pushed later into 2020. There needs to be a lot of upgrades done to the current infrastructure and cell towers. When it arrives, it will be first made available to the “big three” – Bell, Rogers and Telus. In the coming year or so after 5G arrives, other mobile companies will begin offering it.